Sometimes it feels like game developers are playing something akin to genre roulette. Spin the wheel and see where it lands. Oh listen, our next game will be a match-three with roguelike mechanics. Sometimes genre mashups look like a mismatched mess. Every once in a while, though, the result is something awesome. Soundfall merges a music/rhythm game with a dungeon crawler RPG. Is the chocolate and peanut butter result good? Not quite, but it’s still a treat.

I played a demo of Soundfall several months ago and was excited to play the final game. The concept is actually quite simple: it’s an isometric action game, and you shoot enemies at pace. The more accurate your inputs are, the better your success will be against enemies and bosses in the game.

Like the core gameplay loop, Soundfall’s story is pretty straightforward. You play as a girl named Melody who gets sucked into an alternate universe called Symphonia. Your task is to use your musical talents to overcome discord. You’ll discover a quartet of other playable characters along the way. They all have different personalities and abilities but, at the end of the day, they just shoot and move to the beat.

There are plenty of weapons to pick up, and they complement whatever style of music play you prefer. Some are slow and powerful and fire with every beat. Others are weaker but fire multiple times per beat. In addition to weapons, you can find many armor pickups. That’s a good thing, too, because although Soundfall is colorful and inviting, it can be very challenging.

The challenges come, first, from the accuracy of your inputs. A game like Soundfall depends on accurate calibration from whatever input device you use. There’s a calibration tool to help you tune the gamepad-specific audio and visual latency you prefer. It took a lot of trying and tinkering to make the inputs feel integrated. I never felt like they were perfect, and I always felt like I compensated at least a little while playing.

The second challenge comes from enemies and level design, which wall off a section of the map until you clear Discords from that area. These areas can be very tight and it was easy to get stuck against walls or scenic objects. In addition to shooting, Melody can also dash and dodge to the beat.

The levels themselves are colorful, linear paths through music-inspired environments. Upbeat tunes generate different levels than ballads. Still, while the playlist is quite varied, the level design and enemies do get a bit repetitive.

A music or rhythm game lives or dies by the quality of its music. In the case of Soundfall, the music should have a clear pulse regardless of musical genre, as the fight is all about feeling the beat. The good news is that, generally speaking, Soundfall’s original and licensed tracks – almost a hundred tracks – are catchy, varied, and work in harmony with the game’s mechanics. While the majority of the songs are dance-oriented tracks, there are also folk/acoustic songs, metal songs and classical sounding tracks. I’m old and don’t recognize many licensed artists, but that doesn’t mean these aren’t quality songs. 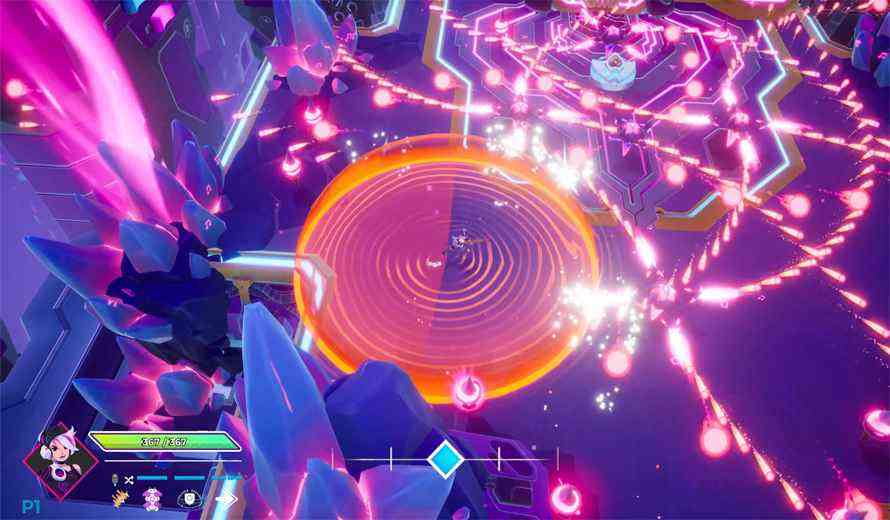 One of Soundfall’s coolest features is the ability to import MP3s and have the game’s algorithm create levels based on the feel and tempo of the music. It’s a brilliant idea that extends the life of the game infinitely. In practice, however, it doesn’t work perfectly. Some weirder contemporary songs that don’t have a steady beat were a problem – they created glitches and crashes. Even imported songs with simple, steady beats had issues determining pulse and inputs.

When I watched Soundfall in the preview phase, I noticed that as a musician, I wanted to have more flexibility than just exploding to the beat. I wanted to play patterns and syncopations. I’m still disappointed that Soundfall stubbornly insists that players only fit into the beat. There’s variety in song tempo, of course, and some of the weapons use rhythm subdivisions. The ability to create patterns in the beat would be even more fun. 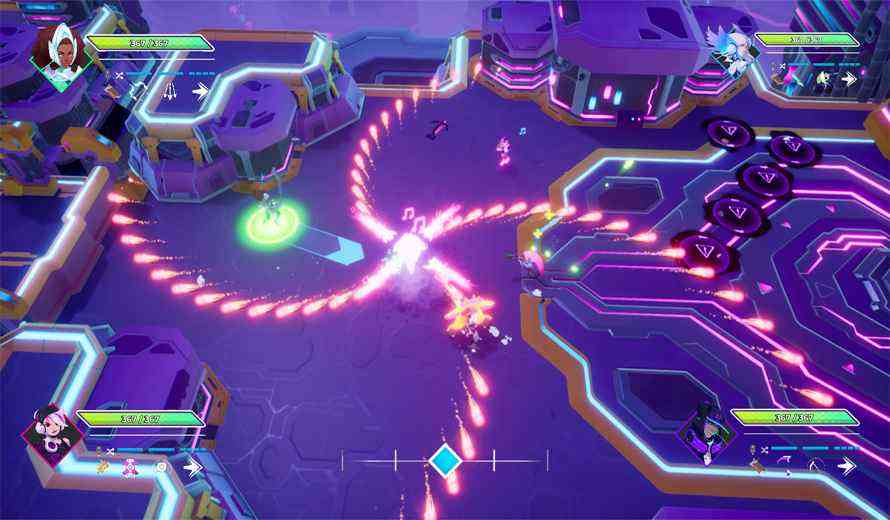 Soundfall is a clever and refreshing hybrid genre. There aren’t enough musical games, and pairing a rhythm game with an RPG is smart and creative. The game’s track list is varied and eye-catching, and the core mechanics work pretty well. The song import feature is a work in progress, and over time the game can get a little repetitive thanks to a lack of variety in level design and that strict requirement to just hit the beats. As a proof of concept and a genuinely new idea, Soundfall is definitely worth checking out.